The Fareham and District Society of Model Engineers (FDSME) was formed in 1970. By July 1978 it had built a 200m raised track for 3½" and 5" gauge locomotives. This was on land rented from a local farmer.

Just under ten years later the opportunity to acquire the land was taken by FDSME. This meant the Society was able to build further facilities, without the fear that all could be lost if FDSME was asked to vacate site.

The Society's members put in a tremendous amount of effort and by the early 1990s, the length of the raised track was more than doubled to 475m. Also, a ground level 7¼" gauge track of some 285m was built. As the site slopes significantly to the East, hundreds of tonnes of earth had to be moved and two tunnels constructed for the tracks.

Alongside the track construction a boating pond was dug (by hand!). To cap all of this work, the Society was able to fund the building of a Clubhouse by a legacy it received. The Clubhouse was finished in 1992.

A couple of conditions were put on the planning consent for the Clubhouse. One of these limits the number of times we can have an open event (where the general public can attend) to only a few times each year. This is why the Society mainly hosts closed events for local charities, schools and other volunteer organisations. The other condition restricts the size of our membership.

The Society can only have a maximum of 130 full members. With the popularity of FDSME, this often means there is a wait-list of people wanting to become members.

With all the facilities that have been built over the years, FDSME is reliant on the voluntary efforts of all its members to keep everything maintained. Attracting new members with skills that can assist with this maintenance, is important for the future of the Society.

Over five decades, the membership has achieved a huge amount by funding, creating and maintaining the many facilities of our Society. The global pandemic in 2020 meant we had to close our Society for the first time in half a century. Despite all of this we still managed to celebrate our Golden Jubilee eventually. 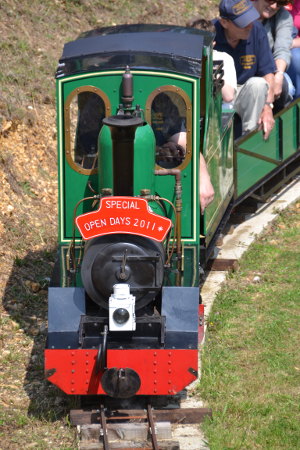